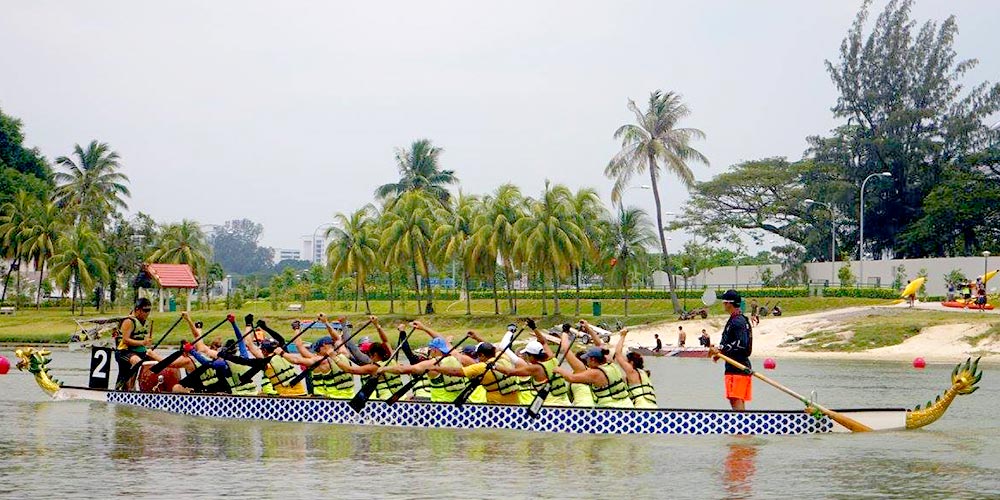 Dragon boating is a paddling sport that originated in China and has been participated in for over 20 centuries.

Since the 1970’s popularity of the sport grew as it became internationally competed in. Dragon boats are long wooden boats that hold 18 paddlers, a steer and during competitions must have a drum, drummer and dragon head on the front. The sport is rich in tradition and beliefs that still exist to this very day.

Singapore has a large community of dragon boat teams that compete all year long, and the Aussie team is a coveted expat team known for their fighting team spirit, fun, friendship and of course hauling in medals at every race.

Dragon boating is a great way to get fit, have fun and meet new people, as well as experiencing a local traditional sport while you live and work in Singapore. To become a dragon boat paddler you don’t have to be a particularly sporty person. It’s easy to learn and best of all it caters to all fitness and experience levels.

We welcome all nationalities (not just Aussies) – It’s as easy as just turning up and we’ll take care of the rest. 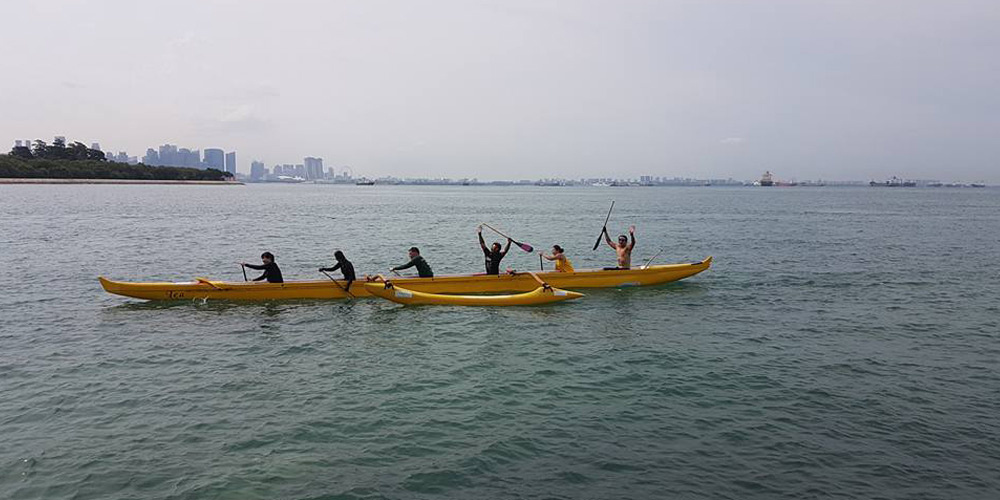 Austcham Paddle Club races Outrigger Canoeing (OC). Outrigger Canoeing are based on a traditional Polynesian design which have a hull (va’a) connected to an ama by two iakos. The most common classes of OC to race are the six, two and single seaters, popularly known as OC6, OC2 and OC1.

OC racing happens all around the world, but is especially popular in Hawaii, Tahiti, Cook Islands, New Zealand, Southern California and North-East Australia.

Typical race distances are from 500m sprints to 44km marathons, although some multi-day races can cover over 400km. OC6 races are either “iron” where the one crew remains in the boat or “change” where a team of 9 or 10 crews the boat, swapping in the water from a support boat as the canoe is moving.

Austcham Paddle Club has been regularly competing in local Singapore OC races since 2008, and in 2010 sent teams to the Australian National Championships, Gold Coast Cup and Hong Kong Around the Island Race.  In 2013, the team again sent two 10-crew teams to Hong Kong and in 2016 won HK ATIR mixed category.

OC is held at Sentosa, with weekday training both early in the morning and late in the afternoon, as well as weekend sessions, when we head out on longer paddles around some of the offshore islands.

Paddlers who are interested in having a go in the outrigger should contact the club directly before coming down.  New participants will be given a simple five-minute swim test, which they may complete with or without a life jacket.